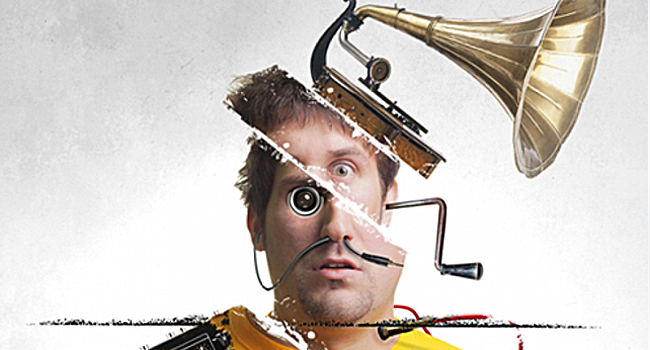 Marko Milicevic is Gramophonedzie : the MTV award winning Serbian superstar who is currently riding a serious wave following a remarkable breakthrough year in 2010. From his hometown of Belgrade, he has forged a loyal worldwide following for his distinctive productions and performances.

With his roots spanning a wide musical spectrum and a deep passion for funky music, live instruments and intensive vocals, production career began in 2000 when he was selected to study at the Red Bull Music Academy in Ireland. He subsequently completed a degree in Sound Design at Belgrade University and went on to produce soundtracks for a number of commercials, films and television as well as producing for several Serbian bands.

Gramophonedzie is best known for his smash hit release ‘Why Don’t You’ – a jackin’ house track that sampled Peggy Lee’s swing standard ‘Why Don’t You Do Right’. Initially signed to Guesthouse before being licensed to Positiva, ‘Why Don’t You’ was one of the biggest club records of 2009 receiving widespread club support from the likes of Erick Morillo and Steve Angello to Dennis Ferrer and Louie Vega. It also received major radio support right across Europe with Giles Peterson (Radio 1) naming it his track of of the year.

In addition to ‘Why Don’t You’, Marko has built an extensive discography of productions and remixes under the Gramophonedzie pseudonym on labels such as Gotta Keep Faith, Yazuka, Guesthouse, Nocturnal Groove, Oxyd, Shak Digital and his own Disko Zoo imprint. From a remix perspective, Marko has given the Gramophonedzie treatment to artists such as DJ Sneak, Mange Le Funk, Professor Green and Kraak & Smaak. In 2013 Gramophonedzie adds another remix to that list, by a way of Funkerman’s new EP titled ‘Push ‘Em Up’, making him yet another fantastic addition to the Can You Feel It dj roster.