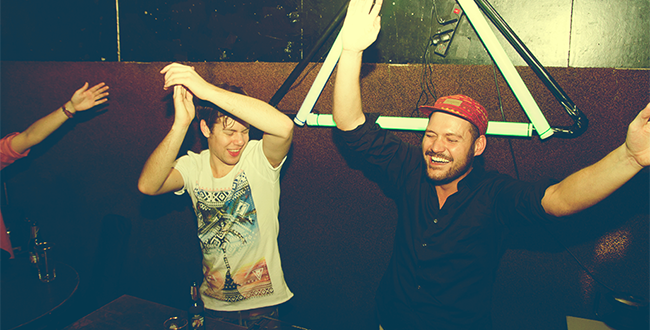 Keljet is the Indie-Disco collaboration between Koen Mestrum and Teun Pranger. Since as early as 2009, the Nijmegen based Dutchmen have been flooding the blogosphere with their remixes and original productions. Harvesting support by many dj’s and producers such as Goldroom and Don Diablo.

Their official collaborations involve X Ambassadors and Falcon Punch. Plus, offical remixes for The Knocks and Milwaukee. This comes alongside a neverending list of bootleg remixes on Franz Ferdinand, The Temper Trap, Hoodie Allen, Calvin Harris, Coldplay and many many more. In 2012 Keljet achieved a new milestones with an official remix Don Diablo’s “Silent shadow” on Columbia Record, a guest appearance on Kiss FM and features on Ministry Of Sound Radio.

With Teun having a background as a Dj, Koen is the musical counterpart playing live guitar in their dj-sets. Their sound is best described as “creating some kind of tropical fusion between mainstream sounds and laid back, tropical disco. ” (- Binary Blog) and “transforming pop/indie songs into the most awesome disco bangers” (- Chubby Beavers)

As a Keljet credo goes “We want to make you smile and dance to our music.”