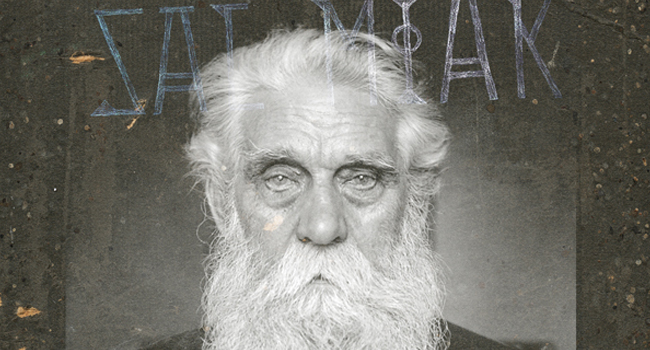 Dr.. Sal Miak was born in a Polish village. He grew up in an old farmhouse surrounded by dilapidated barns. Sal was the youngest of 6 children. Together with his brothers and sisters he played day to day in the barns. There was plenty to discover, from dirty slag, old machines, jars stuffed animals to mountains with dust. As Sal grew older, his setting out he was gifted. Where normal little boys of his age, played football in the village or the peasant difficult Valde Sal did other things. His daddy was a philosopher, she spent many hours in front of the fireplace. Debating the critters that Sal all there encountered and how that all worked. Sal explained connections. Drew feet from dead animals to achieve something ultiems.

He taped everything together, and his notebooks were filled with formulas. With his homemade nettle tee he sat for hours in a dark room.

These manifest themselves in a person who himself excepted. The boy was a man who created his own world. The people around him were a little afraid of Sal. Because it was difficult to understand what he was talking about. Sal was on the search for new forms of life. He brought together substances causing death in them and brought life.

All experimental income he released toxins and salt together, which was mixed up candy. An impossible combination of substances together in balance.
The poison that we normally would look death in the eye. Dr. balanced. Sal Miak with life. With a taste that is pumping through your veins. His village came together long after that Sal brought something new. A taste that slowly spread by the environment. An addiction that Sal on a pedestal strange places. A pedestal where he no recognition for it. Sal was finally himself. In his own way on the world. He appoints’
It’s not about me, but to feel, experience, and enjoy life.

Connections in his brains were links. Making it the ultimate brain rattling searched between poison and life. With all good intention Sal created an organism. An unsuspecting independently “SOMETHING”.